Is Psoriasis An Autoimmune Disease? 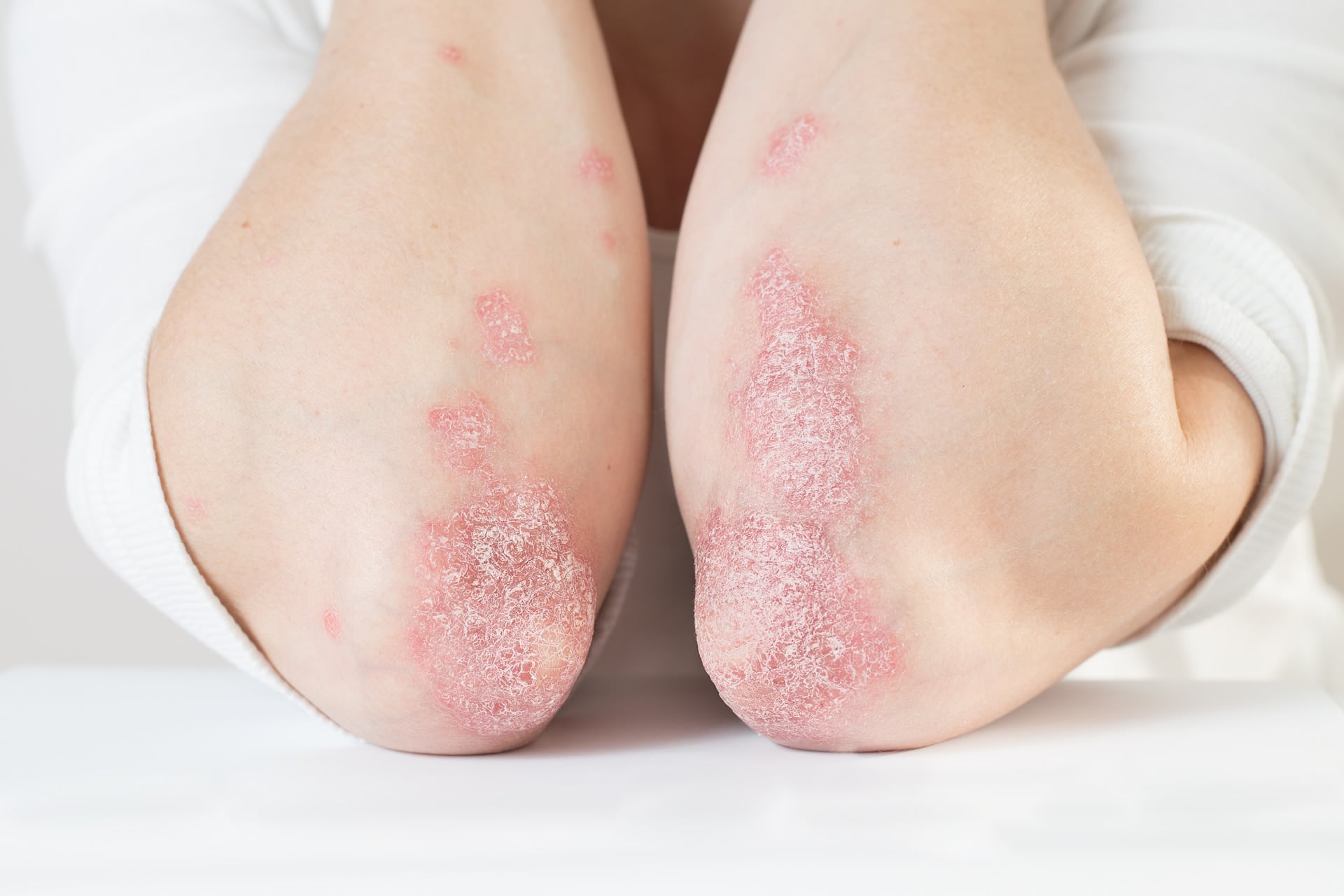 An autoimmune disease is a condition in which the body’s immune system attacks and destroys healthy body tissue. Autoimmune diseases are caused by an overt or covert immune response against self-antigens. In psoriasis, the immune system creates a pro-inflammatory overreaction in the skin that causes redness and irritation. So far, there is no clear answer to whether all cases of psoriasis should be considered autoimmune. However, some particular forms of psoriasis, such as guttate psoriasis, seem strongly associated with autoimmunity.

What are autoimmune diseases?

Autoimmune disease (AID) is a condition in which the body’s immune system mistakenly attacks its tissues. It occurs when cells that usually protect your body from foreign substances (such as bacteria, viruses, and fungi) or abnormal cellular growths (such as tumours) are directed to attack normal healthy cells by mistake.

Why do we get autoimmune diseases?

People may inherit specific genes that increase the risk of developing autoimmune diseases. People who have these gene mutations are said to be “autoimmune prone.” The tendency to create this type of disease is often triggered or worsened by environmental exposures, such as infections, chemicals in the environment (ex: cleaning fluids), and certain medications (NSAIDs).

Does psoriasis include an autoimmune component?

The simple answer is yes. However, it is not clear if all cases of psoriasis should be considered autoimmune because at least some cases seem to arise from non-immune causes. For example, guttate psoriasis appears to be triggered by streptococcal throat infections (Klepser 2009 & Torrelo 2004). Such non-immune triggers are more common for children with this form of disease.

What is the evidence that psoriasis has an autoimmune component?

Some forms of psoriasis show strong associations with autoimmunity. For example, there is a rare type of psoriasis called pustular psoriasis in which patients develop sterile pustules on top of red plaques (Fig 1). The association between this form of psoriasis and autoimmunity was recognized as early as 1908 (Gottlieb 2008). More recently, research has demonstrated that patients with pustular psoriasis often have positive tests for antibodies against the cells lining blood vessels (endothelial cells), called endothelium-specific autoantibodies (Brunsting 2009).

How is psoriasis genetically inherited?

” Psoriasis has a strong genetic link ” when one parent carries two defective genes for any of several main forms of psoriasis, there is approximately a 20% chance that their children will have the disease. There are also several less common gene patterns associated with an increased risk of developing psoriasis. Researchers are currently working to understand better these patterns and why they contribute to autoimmune diseases like psoriasis.

Psoriasis (say: suh-RYE-uh-sis) is a skin disorder that causes red, scaly patches to appear on your elbows, knees, and other areas. Scales are thick layers of skin that build up when skin cells rapidly grow and die faster than average. Psoriasis is most commonly found on your knees, elbows, and scalp but occurs anywhere on your trunk or limbs. Psoriasis can be very itchy or sore and may even burn or sting. In addition, you may have redness of the skin with some swelling. Psoriasis varies in severity, from being so mild that it’s hardly noticeable to being so severe that it covers your whole body.

The exact cause of psoriasis is unknown, but doctors believe a combination of factors may trigger certain people. These factors include:

Genetics: Some people inherit genes from parents that make them more likely to develop psoriasis. People with close relatives who have psoriasis are also at greater risk of developing this disease themselves.

Infections: There appears to be an association between certain diseases and the development of psoriasis. These include infections with streptococci bacteria, hepatitis C virus, other viruses, the parasite Toxoplasma gondii (a single-celled parasite found in undercooked meat, cat feces, or soil), and certain types of fungus.

Hormones: Some people with psoriasis notice a flare in psoriasis during pregnancy or when using hormonal contraceptives like birth control pills. This suggests women’s hormones may play a role in triggering psoriasis. Psoriasis also seems to be linked to low levels of the male sex hormone testosterone, but it’s not clear if this is a direct effect or an indirect result of another factor.

Diet: Areas with high rates of psoriasis are often low in vitamin D, which suggests that this vitamin may play a role in triggering the disease. Also, people who eat the typical Western diet (which includes lots of preservatives, processed foods, and refined carbohydrates) tend to have higher rates of psoriasis than those whose diets are more natural. Stress: People with psoriasis often talk about flare-ups occurring after particularly emotionally stressful events. This observation has led some researchers to believe that stress may worsen symptoms or even trigger them in some cases.

Stress:  People with psoriasis often talk about flare-ups occurring after particularly emotionally stressful events. This observation has led some researchers to believe that stress may worsen symptoms or even trigger them in some cases.

What are the different types of psoriasis?

There are several significant classes of psoriasis:

Plaque psoriasis: It is the most common type of psoriasis. It occurs when new skin cells form too quickly, piling up on top of one another in thick, scaly patches that are red and itchy. This type of psoriasis accounts for about 80 percent of all cases.

Guttate psoriasis: This type of psoriasis occurs in children and young adults. Small, red, or purple-colored spots appear on the trunk and sometimes on the limbs. The sites are often itchy and may occur after a streptococcal throat infection. This condition tends to go away on its own after a few months.

Inverse psoriasis: In this form of psoriasis, the skin is smooth instead of scaly. Inverse psoriasis usually appears inside skin folds that rub together, such as under the breasts, between fingers and toes, armpits, or groin. This form also tends to go away without treatment within a year or two.

Pustular psoriasis: In this type of psoriasis, abnormal skin cell growth is accompanied by pus-filled blisters and redness. Pustular psoriasis can occur alone or in combination with other types of psoriasis. It tends to be more severe than other forms and may require hospitalization for treatment.

Erythrodermic psoriasis: It appears when plaque psoriasis or guttate psoriasis spreads over your entire body, causing widespread redness and peeling of your skin. This type of psoriasis can be severe and requires immediate medical attention.

Your doctor will take a detailed medical history to determine whether you have symptoms of psoriasis typical for this disease. They may then perform physical examinations to look closely at the skin on your trunk, limbs, palms of hands, and soles of feet. Your doctor can also use these steps to help decide if you need more tests:

Skin Biopsy: Your doctor may take a small scrap of your skin and send it to a lab for testing. This procedure is usually painless and doesn’t require stitches. The results determine if you have psoriasis or some other condition that causes symptoms like those of psoriasis. If necessary, the sample can also tell how severe your symptoms are.

Blood Tests: These tests may help rule out conditions such as lupus erythematosus, fungus infection, or an underactive thyroid gland (hypothyroidism). Blood tests may also show how well your liver and kidneys function if you’re receiving psoriasis treatment.

Make sure you describe exactly where it hurts and how long it has been present. Ask about any family history of arthritis, fever, rash, or infections. Figure out whether the inflammation worsens at certain times of the year or after specific exposures, such as changes in weather, conditions, or stress.

How is psoriasis treated?

There are several different kinds of treatments for psoriasis. The treatment you choose will depend on the extent and severity of your symptoms, your age, how bothersome the signs are to you, other medical conditions you might have, and any other medications or supplements you’re taking. Many people find that combining various forms of treatment improves their control over the disease.

Moderate to severe plaque psoriasis: If your condition worsens despite home treatment, your doctor might prescribe ultraviolet light therapy. This treatment can reduce scale, redness, and itching in up to 80 percent of people with moderate stage psoriasis. Your doctor might also suggest treating you with a systemic or biological medication that suppresses the immune system. Systemic medications are taken by mouth and include traditional synthetic psoriasis drugs such as methotrexate, acitretin, or retinoids. Biologics injected medications that block immune system cells from attacking healthy cells in the skin have etanercept (Enbrel), infliximab (Remicade), and adalimumab (Humira). Topical treatment of your choice may be added to these therapies if needed.

Severe psoriasis: Treatments for severe plaque psoriasis often involve more than one of the above options. Systemic treatments such as methotrexate or acitretin combined with ultraviolet light therapy can reduce symptoms in up to 90 percent of cases. Severe psoriasis may also require stronger medications, such as cyclosporine or methotrexate (Trexall) combined with ultraviolet light therapy, etanercept (Enbrel), infliximab (Remicade), or adalimumab (Humira).

How to prevent autoimmune disease?

You can reduce your risk of autoimmune disease by:

Make sure to get seven to eight hours of sleep each night and take short naps when you need them. Try to avoid long periods when your body fights off an infection or your mind is stressed out. If possible, work on getting regular exercise to help boost the immune system and fight fatigue.

Smoking can weaken your immune system by reducing specific white blood cells in the body. This makes it easier for infection to set in, which is precisely what you don’t want when trying to avoid autoimmune disease. Alcohol can lead to nutrient deficiencies that may increase the risk for autoimmune disease.

Tell your doctor or pharmacist before taking any prescription medication, an over-the-counter product, or herbal supplement if you’re considering starting a family. This will help prevent accidental exposure of children to drugs that could cause serious side effects before birth, during infancy, or early childhood.

Regular physical activity can help you maintain a healthy weight, reduce stress, and lower your risk for heart disease. Let go of negative emotions like anger to help keep your immune system strong.

Switch to a healthy diet rich in fruits, vegetables, lean meats, whole grains, and low-fat or fat-free dairy products. This will help prevent chronic conditions such as diabetes, heart disease, and high blood pressure. A healthier diet may also decrease your risk of developing certain autoimmune diseases later on in life.